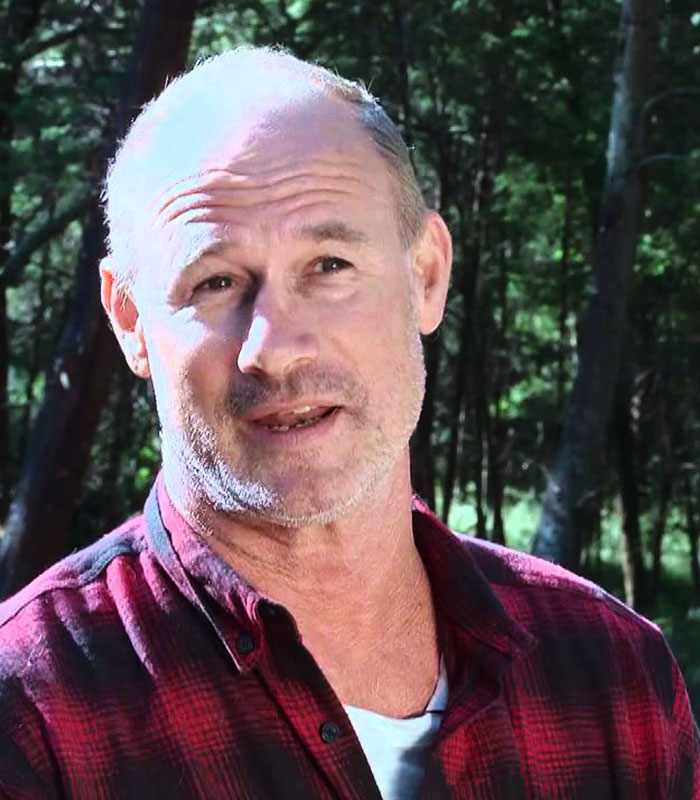 Life has a funny way of throwing us curve balls when we least expect it. One moment you’re happily married, with a successful business and the future looks bright. The next moment, thanks to a global financial crisis, you’re falling on hard economic times and facing depression. This is what happened to Aussie trawler fisherman, Ben Innes, in the winter of 2008.

With years of soul searching, the gift of perspective, and the love of his family, Ben rediscovered himself. That’s when children’s book author, I.B. Gumnut emerged. The I.B. stood for the initials of Ben Innes and the gumnut was representative of Ben’s love of the Australian bush.

Ben admits, “Life doesn’t always give you want you want, but it does give you what you need.” While Ben was in the process of letting go of the life he had, it would be a chance meeting with a good friend who encouraged Ben to turn his stories into published books. Books that would be loved by children as well as the adults who would read them aloud.

These stories had often popped into Ben’s imagination while he was spending time alone on a family member’s property. The solitude caused him to really notice what was around him–the striking scenery and the array of animals. In a state of wonder for the beauty of the Australian bush and coast, it became the perfect backdrop for the adventure-seeking animals he wrote about.

I.B.’s inspiration from classic Australian bush poets and authors such as Banjo Paterson and Henry Lawson, can be seen in his humorous, down-to-earth, rhyming style of writing. And just like those great Aussie writers, I.B. Gumnut’s stories feature traditional wisdom, values, and life lessons. The result is stories that will be read again and again.

I.B.’s other, and most beloved inspiration, are his four beautiful children, who have been the source of many wonderful moments and memories. He recalls reading books to them each night before lights out.

The business of writing books has been kept in the family, with son Joe as the creative genius behind the rich and colourful illustrations, daughter Rachel getting involved with art direction of The Haunted House, and nephew Mace, the design and marketing brains.

After 30 years of rising early to greet the sun on his family’s fishing trawler, Ben Innes still rises early, but now it is to greet his pen and paper…and whatever words want to be written. Sometimes he just wakes up with an entire story in his head ready to be captured in writing!

As a writer, I.B. Gumnut says: “It is a thrill to write a story and have a child approach you and say it’s their favourite one.” He even had a child dress up as one of the mad dogs for a Book Week parade, which he admits has been a highlight on his journey as an author.

I.B. Gumnut is always working on his next quintessentially Australian story to be enjoyed by the young and young at heart.